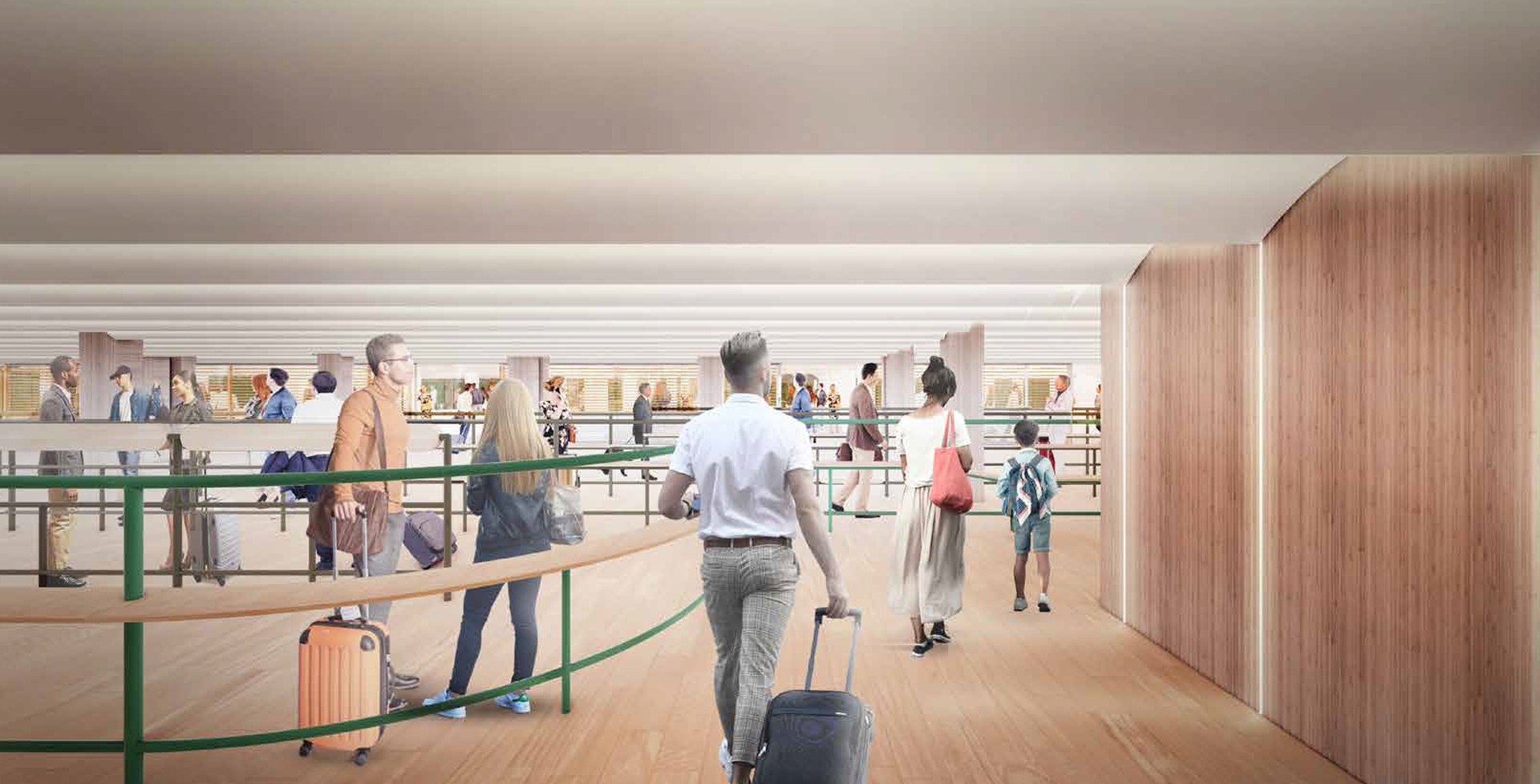 Within the framework of the AMBIENCE project that a firm called Gnosis from Naples was commissioned to carry out by SEA, TUNED’s activities took the form of consultancy to assess and revise the designs of the six main indoor areas of Linate Airport. TUNED was directly commissioned to draw up the guidelines and architectural design for the security area, better known as the baggage handling zone. The six zones in question – for which a neuro-architectural style brief was drawn up – consisted of all the check-in areas, the boarding gates and also the security area, as mentioned above.

Methodologically speaking, TUNED activities were based on a study of user profiles to identify the distinctive traits of different groups. After this step was completed, the study then focused on understanding the phenomenological essence of people’s experiences. This approach allows users’ expectations to be worked out in much greater detail. By analysing the walkways and rest/interaction areas, the study identified micro-areas inside the various settings that could be set out in specific ways on a case by case, micro-zone by micro-zone basis. For example, the check-in area was broken down into areas associated with waiting, searching and experience.

An awareness of these differences made it possible to identify the different emotional states expected during the different experiences of various profiles of users. Difference patterns of experiences arise with each new visit to the airport: it takes a detailed awareness of these different thought patterns and expectations to first pinpoint the ideal design solutions and then transform all this input into guidelines. Expected and implicit emotional states are different combinations of states that our body has accrued from previous experiences. It then projects them into new experiences to confirm their validity. One of these may be freshness, which is associated with well-defined stages of inner experience: the bodily nature of feeling makes it part of some more extensive kinetic memory such diving. An association is gradually made between the users’ emotional expectations (warmth, energy, rest, excitement and amazement) and bodily kinematic-motor sensations involving space and giving it a definite geometric pattern, along with other design parameters.

In the various areas of the airport – including security, where a combination of user and staff requirements called for a very detailed study of the settings and niches in which action/interactions unfold – the main perceptual dynamics (movements of the ceiling, sides or floor in relation to the body as it passes through) and  lighting/sound/material/colour qualities were symphonically indicated for each area associated with a specific action in order to control the combination perceived while moving through a designated niche, in accordance with feelings of either freshness, heat, lightness etc. To check the selected design parameters, each individual kinematic movement (diving, lying, sitting, jumping, embracing) encompassing a certain expected feeling is broken down into all its constituent parts. For example, jumping is studied in terms of its three key phases: balancing, bending and taking off from the ground.

Each stage is studied on an independent basis, observing how muscular movements, the skeleton, perceived light, sound absorption, heart/breathing rate, movements of smooth muscles, chemical-temperature readings and skin stimuli all contribute to each stage in motor movements. Based on an awareness of how these parameters are altered during perception (in terms of the body and the space it acts in), information is obtained to reverse engineer (by a kind of a boomerang effect) the architectural features. The brief is created step-by-step, carefully checking all the elements in play in terms of user interaction with space. In this way, motor kinematics – together with the feelings that users are expecting – can be identified, if only on a subconscious level.

This happens, for example, upon approaching the check-in area or the baggage handling area or even when simply waiting for the boarding gates to open.