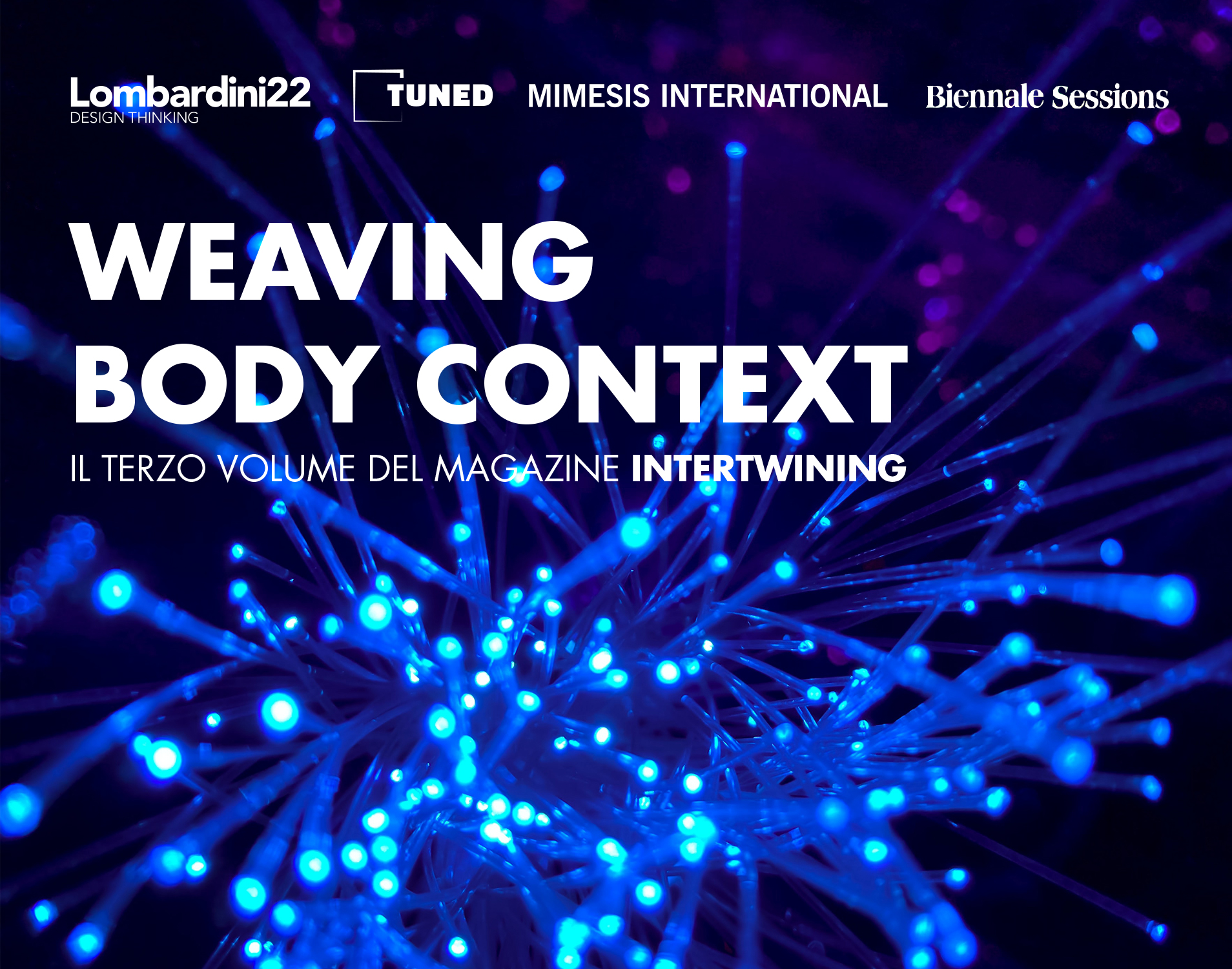 On May 22, the third edition of the Intertwining magazine, directed by architects Davide Ruzzon, Sarah Robinson and Alessandro Gattara, entitled Weaving Body Context, was presented in Venice on the occasion of the opening of the 2021 Architecture Biennale.

Never, as in this period, speaking of context, in light of the latest dramatic events due to the Covid-19 pandemic, is more appropriate. As architect Davide Ruzzon has repeatedly stated, in fact, the pandemic has revealed how important the contextual conditions in which we live are for our well-being. In the last 30 years

The series of interventions were opened by Adolfo Suarez, who explained the reasons why Lombardini22, of which he is a founding member, decided to undertake new disciplinary paths linked to neuroscience and environmental psychology, supporting Tuned, of which Davide Ruzzon is director and the magazine Intertwining:

This has been followed by architects, neuroscientists and environmental psychologists, who have outlined the common thread that links their research to the great topic: the context.

Sarah Robinson, architect and researcher, underlined how the idea of ​​the name “INTERTWINING” was derived from the concept, articulated by Merleau-ponty, of “intertwining”, according to which the way we perceive architecture is based on the very strong interaction that develops between our body and the environment.

The architectural example in which this idea of ​​”resonance” between environment and body is deeply felt, was provided by Klaske Havik, professor of Methods of Analysis of Imagination at Delft University, who, through a series of “experiential fragments“, excerpts from his article Breathing body, described the Mercado Libertad in Guadalajara, Mexico, designed by architect Alejandro Zohn, evoking the embodied experience that people live in those spaces at different times of the day..

Indian architecture possesses in its DNA the concept of threshold as a place where tale, imagination and experience develop. According to Meghal Arya this is the key to tune contemporary design on emotional frequencies and on the spatial experience of everyday life, because the in-between spaces, those that divide the inside from the outside, the night from the day and, why not, the human being from the beast (to take up the themes of Indian tales),

Even Marcus Weisen talked about threshold, arguing the need to work not only on physical boundaries but also on psychological ones.

The architect and neuroscientist Isabella Pasqualini, in addition to stressing the importance of going beyond one’s own borders to draw on different disciplinary fields, has launched an appeal to young people, inviting them to open up to the new tools they have at their disposal because technology, at the contrary to what is feared and in the light of what happened in this terrible year, it is a fundamental support that