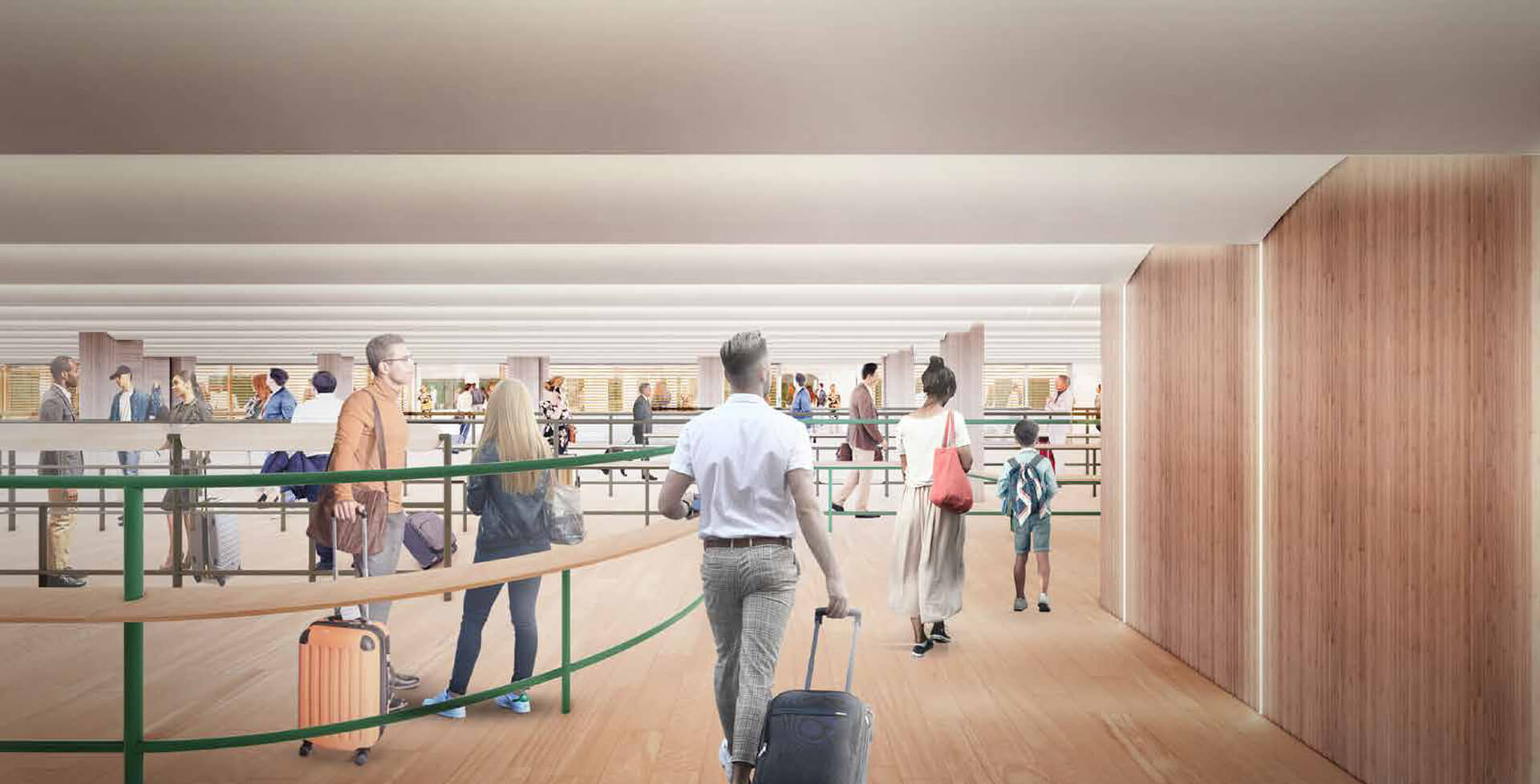 Developing a project focused around the users called for a pinpoint analysis of micro-activities and perceptual experiences unfolding in various realms of the airport. TUNED studied seven interior settings serving passengers: from the check-in and security area to the gates. Each of these spaces call into play different specific experiences and forms of interaction for all the main types of users (commuters, business, tourism) in all the different age brackets. Each of these spaces requires its own distinctive layout allowing emotional expectations to be mirrored in their form, perceptual dynamics and general mood. This study resulted in the writing of seven briefs, later used to design the ‘Ambiance’ project already set under way by SEA before TUNED intervened.

In contrast, Lombardini22 developed a new design concept for the security area based on a brief compiled by TUNED.