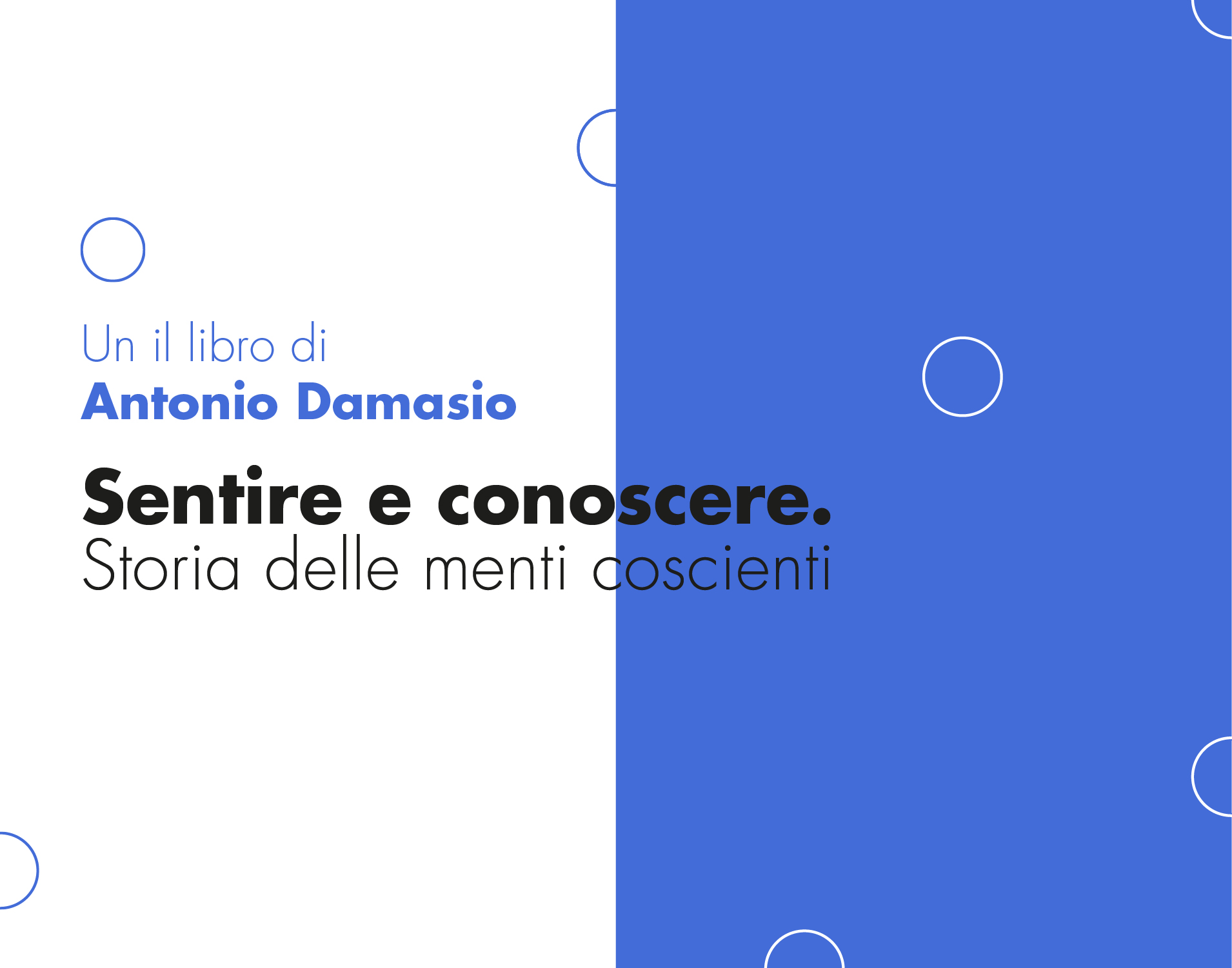 On 24th November Antonio Damasio, Professor of Psychology, Philosophy and Neuroscience at the University of Southern California in Los Angeles, and Director of the Brain and Creative Institute, presented, virtually at Lombardini22 headquarters, the latest book published with Adelphi: Feeling and Knowing. Making Minds Conscious.

The scientist has gained its international fame thanks to the research conducted over the last thirty years in the field of neuroscience, with which it has overturned the belief that feelings should be considered secondary to reason and even harmful to brain processes. According to Damasio, in fact, feelings have played a crucial role in the birth and development of the mind, and therefore of consciousness, but also in the evolution of human beings. We are what we are thanks to what we feel and not just because we think, as the philosopher René Descartes believed. Indeed, we think in virtue of the fact that our body is capable of feeling. I feel, therefore I am, we could say.

The evolutionary history of feeling, in fact:

Arguing that minds have been enriched by feelings and subjectivity (Damasio 2018) and that the emotional equipment could play an important role in the constitution of its higher cognitive processes (memory, thought, language, etc.), has allowed the Portuguese neuroscientist to elaborate a new theory of consciousness rooted in bodily, homeostatic, emotional and feeling processes.

Feeling and knowing provides not only to experts in the subject, but also to those who are unfamiliar with it, the possibility of delving into the intricate scientific speculations without coming out with broken bones but, on the contrary, with a clearer idea of ​​the path taken by the professor in the last thirty years and with a greater awareness of one’s nature as sentient and thinking beings.

After dissecting the complex and mysterious problem of consciousness on which the presented book is articulated, Damasio dedicated ample space to questions from the public, investigating different interdisciplinary fields: questions related to artificial intelligence and the Metaverse, the construction of body kinematics, the symbolic power of music, the emotional atmosphere of architecture and so on.

Below some excerpts from the meeting.

Question 1: George Lakoff and Mark Johnson have described bodily movements as kinematic patterns through which cultures have constructed concepts and metaphors. From an intersubjective and evolutionary perspective, can we assume that basic bodily gestures may trigger the mind?

Antonio Damasio: The movements that Lakoff talks about are critical to construct and expand a part of our mind. They allow us to be situated in the world in the way that it wouldn’t be so easy if we just had vision and audition and touch the fact that you move and that you are indifferent points of a large three-dimensional space enrich your mind. […] But I think what is primary for me in visual individuals is actually vision and hearing. If we were not visual, then I think that movement would be very primary but we’re dominated by vision. It triggers the mind.

Question 2: Since emotions are so much linked to the body, what do you think about virtual reality and the Metaverse and the representation of ourselves in another reality that is not the real one in which we have our own body?

Antonio Damasio: Virtual reality is not our body, it is something different. It something that relates to us because we invented it, but it is not part of our living body and of its weaknesses, strengths and vulnerabilities. As living creatures, we are constantly in a stage of very bare equilibrium. We attain a certain balance thanks to an enormous effort. […] Artificial system is a brilliant development of our imaginations just like architecture. But it’s something that we invented […] we can make it be closer and closer to what humanity is, but it works on different principles.

Question 3: We can shut down our vision when we want but it’s far more complicated to keep sound out of our ears. If I’m not mistaken, you are searching on music and perception of music. Are you still experimenting on that? What you think about sound?

Antonio Damasio: The world of sound is a very important. […] Sound and the transmission of sound in the use of sounding language is absolutely vital. […] It is extremely complex. […] Sound is the vehicle for music. It is something that is extremely important to consider. […] We continue to do research on music, we’re interested in certain aspects of music that have to do with development […] Playing instruments is a way of making the education better and having the children probably mature faster. […] Music is linked to the beauty of the music itself and to possibility of refining that beauty […]. It is a very important instrument in the maturation of children so, clearly, music is important for everyone but it’s important for children and for education.